In 1995 a group of NASA scientists repeated and refined some earlier tests on the effect that various drugs have on the web building abilities of the common garden spider. They tested the the effect of caffeine, benzedrine, marijuana and chloral hydrate and as you can see the results were pretty extreme!

The beautiful and rare orchid mantis mimics parts of the flower to hide from predators and hunt prey. Found in Malaysia and some parts of Indonesia and Sumatra, they eat insects and small lizards. 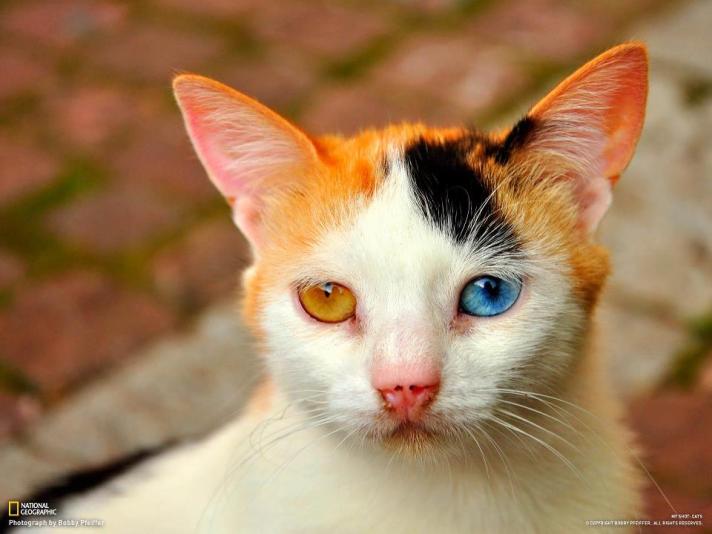 The six phases of the cell cycle (from top left to bottom right) demonstrated by an embryo of the marine worm Cerebratulus marginatus, and captured by confocal microscopy.
George von Dassow, University of Oregon

Here is another fun caterpillar! The translucent Jewel Caterpillar!
Family: Dalceridae.
It does not have urticating hairs like some other caterpillars, but can repel predators through its glutinous cones.

This is the Green vine snake (Ahaetulla nasuta), a slender tree snake found in India, Sri Lanka, Bangladesh, Burma, Thailand, Cambodia and Vietnam. The snake is mildly venomous, and its bite causes swelling and pain. They feed on frogs and lizards. There is a widespread myth in parts of southern India that the species uses its pointed head to blind its human victims.

Meet the newly discovered candelabra-shaped carnivore called the harp sponge!
Velcro-like barbed hooks cover the sponge’s branching limbs, snaring crustaceans as they are swept into its branches by deep-sea currents. 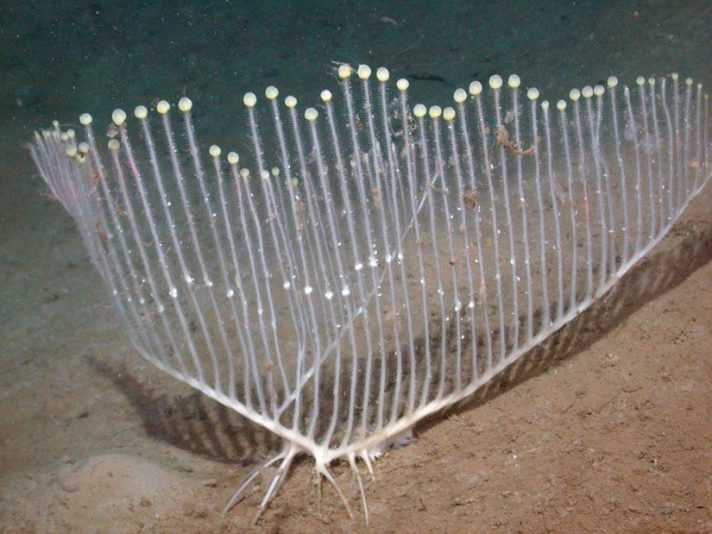 Your corner of interest